At three in the morning, the few shoppers that were in a Wal-Mart store in Fort Worth were pleasantly surprised when two Young men started their own rock show in the toy aisle. While the instruments were small, the music was passionately played and well done at that. Clay Shelborn and his friend Zac Stokes were the ones responsible for this impromptu concert that was played on small toy guitars. They are self proclaimed “Wal-Mart Rockers” and they played “Pride and Joy” by Stevie Ray Vaughn. While they may not have planned a small concert, their talent was hard to miss, and more importantly, they were having fun while doing it. 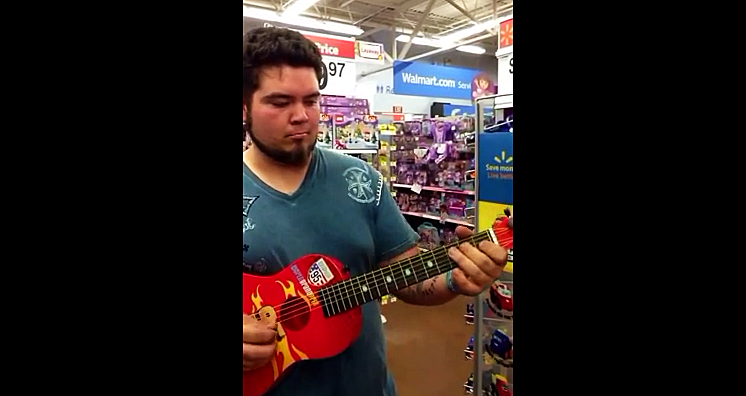 Watch Amazing Video on Next Page Below!

With Product You Purchase

This widget requries the Arqam Lite Plugin, You can install it from the Theme settings menu > Install Plugins.

You need to set the API key and Location.